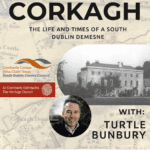 Corkagh – the life and times of a South Dublin Demesne Podcast

“Ahead of the Curve” podcast

Each week, we tell the story of what happens when individual people confront deeply held American ideals in their own lives. We’re interested in the cultural and political contradictions that reveal who we are.t’s easy to forget that the United States started as an experiment: a government of the people, by the people, and for the people, with liberty and justice for all. That was the idea. They check in on how that Experiment is going on this weekly show. The Experiment: stories from an unfinished country. From The Atlantic and WNYC Studios. WNYC Studios is a listener-supported producer of other leading podcasts, including Radiolab, On the Media, and Death, Sex & Money. Since 1857, The Atlantic has been a magazine of ideas—a home to the best writers and boldest minds, who bring clarity and original thinking to the most critical issues of our time/ 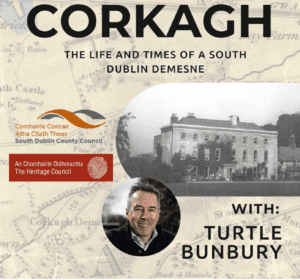 Corkagh – the life and times of a South Dublin Demesne Podcast

This week, a podcast was launched about the history of Corkagh Demense. South Dublin Libraries commissioned Turtle Bunbury to write and present the Back Then When with Keith Lemon & Lucie Cave five-episode series Corkagh – the life and times of a South Dublin Demesne through the Heritage Council’s Heritage Stewardship programme. The Big Hit […]

“Ahead of the Curve” podcast

The purpose of Georgia DOT’s newly launched podcast is to communicate directly with the public and the transportation industry about the projects and people within the department,” said Scott Higley, director of Georgia DOT’s Office of Strategic Communications. With Ahead of the Curve, people responsible for ensuring Georgia’s future mobility can have more extended and […]

From The Times of Israel, a weekly deep dive into the past, present, and future…